Saturday Special: A CafÃ© with a View â open during the summer 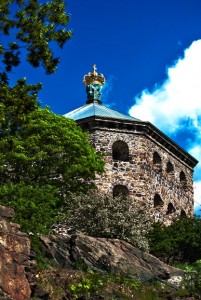 I climbed the mountain on foot. Some might frown at my frivolous use of âmountainâ, but the climb is steep enough to feel like a mountain, even though it should probably be called a hill. At the summit of the great âmountainâ was situated a bastion, one of two remaining bastions of the old city defences. I took some time to catch my breath at this point, and looking around I was astounded by the magnificent sight that awaited my tired eyes. The city lay before me in all its glory, the people milling about on the streets tiny and the cars reminding me of miniature toys. It spread out in all directions, as if I were on top of a lone island in a sea of city.

Situated a few yards from the great bastion, on what appeared a natural terrace, was a cafÃ©. I walked down there, bending low as I passed over the threshold into the ancient house of wood that was once a soldiersâ croft, but now housed a cafÃ©. The exceedingly low ceiling beams and my slightly taller than 6ft 7in (202cm) height made for a very interesting posture as I walked, hunched over like an old man, up to the counter to make my order. But even though I decided to sit outside, it was quite an experience to enter this ancient house and imagining how it must have looked back in the days when the bastion was still manned and part of the city defence. 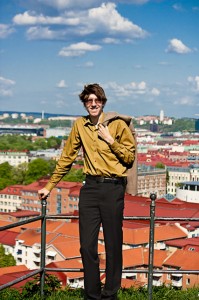 Having a fika at the top of Skansberget, overlooking the city, was very different from having a fika on street level. In part, this can be explained by the breathtaking view, but personally I enjoyed how quiet and peaceful it was. It truly did feel like an oasis where you could seek refuge not from a desert, but from the busy city life. And just like an oasis is situated in the middle of a desert, so is Skansberget situated in the middle of the city.

Skansen Kronan offers a fantastic view of the city. In fact, in a Summe Fun Theme Special published here on Misi.se last year, âevening sun at great heightsâ ranked third in our Top Ten Summer Fun list, which specifically made mention of Skansen Kronan as a great place to experience the 'evening sun at great heights'. This makes it really popular, at least with the members of the Misi.se team. I certainly like it and would happily recommend it, especially if you want to take some time off from the busy city life and relax for an hour or two. 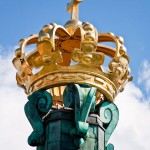