Thought of the Week: The Swedish Souvenir. 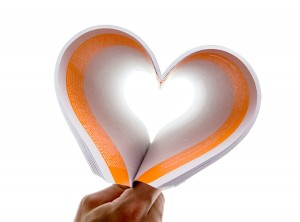 All right. So this week marks two months since my arrival in Gothenburg. Obviously, there are several things to celebrate on a day like this (a functioning bank account!, mastering language!, making friends!, no more maps!), but at long last, I think itâs time to start thinking of sending souveniers homeâ¦

With the holiday season fast approaching, I was putting off sending postcards and gifts back to Seattle until later in the season. I was busy enough getting on the wrong trams to figure out what to send and where. But now that things feel a bit more settledâthat I have a morning routine, a couple key-Swedish catchphrases, and I know the difference between good frozen meatballs and bad frozen meatballsâI think I can finally do it. The question is, however, what to send?

I think when it comes to souvenirs, the general consensus is that everyone wants something theyâve never seen before. Something that seems to capture the essence of that foreign place. I half-heartedly agree. Itâs wonderful to get something that you could never find at home, but itâs another complete level of awesome when itâs something you can use, something that reflects everyday life in that place. For example, when my friendâs mother came back from India, she gave me a cheap violet scarf. Yes, I could have probably found it at any ethnic store in the States, but it smelled like spices and it was long enough to wear in all sorts ofÂ arrangements. Needless to say, I loved it. Actually, I wear it still here.

Finding something in Sweden that reflected all these aspects was incredibly hard to do. For a couple days, I traversed the clothing stores and trinket shops to find quintessentially Swedish things. But even with Swedenâs biggest mall on my doorstep, I soon discovered, that Swedes use a lot of the same things that Americans do. Same brands of shampoo, same shoes and jeans, same IKEA housewear. The more I looked, the more I saw that could probably be found in the States, and probably cheaper (though, with the USD what it is now, Iâm not sure about thatâ¦)

And the things that I did find that are designed and manufactured in Sweden were almost unanimously too expensive. Donât get me wrong; there are some seriously cool Swedish designers and products in this city (take me now, Design House!)âthe problem was I couldnât afford it. Between the retail price and actually sending the stuff overseas, I might as well start selling liters of bloodâ¦

What I decided to do, in the end, was an idea that actually hit me at home and far away from the register. While staring off into space trying to read a piece about post-colonial theory, I noticed the caption on the notebook I had bought: ââ¦a Swedish patented solution that brings out and conveys your ideas."

Weeks ago, I had bought a WhitelinesÂ® spiral notebook while rushing (late) to class without paper. At no point did it cross my mind that theyâd be good gifts, but these little books (which can be bought in all shapes and sizes from local bookstores) actually satisfied all of my criteria. Small/Light enough to slip into an envelope, practical, and a cheap example of innovative Swedish design. And, if youâre a bit creative, you could spray paint a design on them to personalize.

So now, Iâve got a stack of WhitelinesÂ® on my desk. All I need is to print some pictures, and Iâd say a couple certain someones are due to get a present in the postâ¦