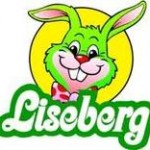 Have you ever wondered about the green rabbits in Gothenburg? Are you also confused about where all those people with giant chocolate bars come from? And why do you often hear people screaming while you are waiting for your bus at KorsvÃ¤gen? All the answers can be found in the Liseberg amusement park.

Liseberg is Scandinaviaâs largest amusement park and has been in Gothenburgâs city centre since 1923. In fact, it is Gothenburgâs biggest tourist attraction and ranks second place in the list of Swedenâs most visited tourist attractions with over 3 million people coming every year. But not only tourists enjoy Liseberg, the park is great fun even for Gothenburgâs inhabitants. Many people have the annual pass and sometimes just go there for a walk (and probably fight for some giant chocolate bar). It is not only the rides that attract so many people but also the concerts. At Liseberg there are a lot of well-known national and sometimes even international artists performing. Every year, the park is extremely crowded when HÃ¥kan HellstrÃ¶m ends the summer season with his concert. This year he will play on September 16th, so donât miss it.

The park is not only opened during summer time but also has a Christmas theme during the weeks before Christmas, called Jul pÃ¥ Liseberg. Then, the park is decorated with loads of electric lights and there are many sales booths where they sell handicrafts, glÃ¶gg (hot wine with spices) and food. You can also find some reindeers there or go ice-skating with the green rabbits. It is such a lovely atmosphere there during pre-christmas time !!

If you want to do it like Gothenburg people, you can get an annual pass and go there as often as you like for 195 SEK. Otherwise you pay 90 SEK for the single entrance fee. Then, you even have to pay for all the rides and attraction again. You can buy coupons for 20 SEK each. Every ride costs between 2 and 4 coupons. The newest one Atmosfear is most expensive (4 coupons) and also the one with the longest queue. If you have decided to go on a lot of rides, it might be best to go for 1-day ride pass for 310 SEK. There is also the possibility to do a Pentalon. That would involve five skill games but also some tickets for the wheel-of-fortune (chocolate!!). It is a fun way to hang out with your friends.

For me, I really like Liseberg because of its so very central location. You can just go there on some summer evening, walk around, eat some ice-cream and maybe even go on a rollercoaster ride. However, I struggle a little bit because all my best friends are afraid of rollercoaster and I am still looking for company to go on Atmosfearâ¦ well, I might just try my look on the wheel-of-fortune instead.