The Native: General Elections â When Everyone Knows Everything 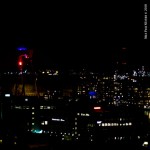 There was a time when you simply did not speak openly about which political party you supported. That has changed. Today, talking openly about it is not uncommon, nor is it particularly unusual to see it mentioned in interviews in news papers and similar. There was also a time when a very large portion of the Swedish population voted in the general elections. That has not changed, although it has recently become quite popular to vote in advance, whereas it used to be done on the Election Day.

Personally, I know exactly how I shall vote. Which party I should vote for, however, I shall not say. When I shall vote, I cannot say even if I wanted to, for I have not the foggiest. And that is pretty much the way it is every year. I am not politically active, nor am I particularly interested in politics, but once every four years, I will turn on the TV, watch a couple of debates between the party leaders of some of the major parties in Sweden, and afterwards I will decide how to vote. I guess others do the same, for there always seems to be a surge of political interest around general elections. Everybody suddenly becomes an expert on all things political, and asserts quite boldly exactly what is wrong with Sweden, and how it came to be thus. Very often, you will also be told how Sweden can rectify the problems by handing over power to this or that party, or we can completely wreck the country by handing another party the seat of power.

But I find the world much more complex than that. Politicians are rarely good or evil â they are humans. And just like all humans, they have their weaknesses and faults, but also strengths and visions. No one, I would argue, decided to enter politics aiming to destroy Sweden. I would imagine a politicianâs work to be about as tough as it gets in Sweden, especially if the person happens to occupy a public role. They are professionals, and they all have their own ideas on how the country is best run. It is up to us, the voters, to listen to their ideas and explanations and to chose which path we think is best for our country. But frankly, I am sick and tired of hearing people assert how this and that party or politician is determined to ruin it all â it simply is not true. If this is the way it is to be, it was better when people kept their political affiliation to themselves and the voting was limited to one day. That, at least, is what I, a native, think once every four years at the Election Day draws near.