The Native: Don't be Alarmed, it's just the Alarm 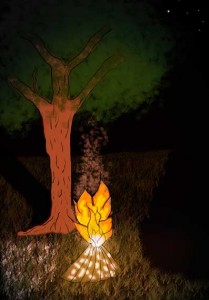 On Monday, the alarm should sound. That is to expected. Growing up, I remember hearing it quite often, but for the past few years, the disaster alarm is tested only four times a year: the first regular Monday in March, June, September and December, at 3:00PM. So when, on Monday, you hear the alarm, there is no need for alarm.

VMA, the official name of the alarm system, stands for Viktigt Meddelande till AllmÃ¤nheten, or in English: Important Message to the Public. In common tongue, however, it goes by the name Hesa Fredrik (Eng.: Fredric the Hoarse). It was a columnist by the name Fredrik who first used this name in his article, because he thought the alarm sounded just as hoarse as he happened to be on that particular day. This was back in 1931 when the alarm was put through its first trial run. Since then the name has sort of stuck. Considering that the alarm really does sound hoarse, and considering how boring and unimaginative, although functional, the official name is, I'm not surprised the public took an instant liking to 'Hesa Fredrik'.

Hesa Fredrik is supposed to warn the public in case of major disasters, such as, for instance, war or major fires. When you hear the alarm at other times than the first Monday of March, June, September and December, you're supposed to get indoors and switch on the radio, channel P4*. Doors, windows and ventilation should be shut, and you should remain indoors until the 'danger has passed' signal has sounded.

The signal signaling that the danger has passes, is a prolonged, steady signal. In contrast, the regular alarm signals are seven seconds long and divided by fourteen second gaps.

So when you hear of hoarse alarm on Monday, now you what it's all about, and that there is no need for alarm.

*The Swedish Wikipedia claims that one should tune in to channel P3. However, the Gothenburg Emergency Services claims otherwise, and they should know.