Although temperatures tend to drop once the sun sinks below the horizon, the early sunset does make the winter season an excellent time for stargazing and satellite spotting in Sweden. Now, it is not winter quite yet, but it is getting dark enough to gaze at the stars and spot the brighter iridium flares of passingÂ satellites. Due to city lights brightening the sky, the number of stars and satellites visible from the streets are few compared to what can be seen from outside the city, though. Even so, finding a dark spot away from the streetlights can do wonders. But ultimately, the best place for stargazing in Gothenburg is the centrally located observatory in Slottsskogen. 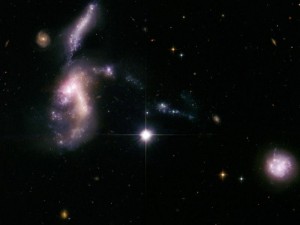 The observatory in Slottsskogen is Swedenâs oldest observatory still in use and open to the public. When the weather is clear, a fantastic view of the stars awaits; when clouds obscure the night sky, visitors to the observatory may explore exhibitions, watch photo slideshows and so on. Hopefully, we will have clear skies on many Wednesdays to come, so that the stars may be gazed at by many a set of eyes throughout the remainder of the autumn and the coming winter season.

Of course, stars may be gazed at and satellites spotted even without visiting an observatory. Binoculars alone can help in bringing you one step closer to the stars, but not even that is absolutely necessary. I have seen several satellites without any ocular aid at all, save for my glasses. The secret lies in getting away from the streetlights and knowing where and when to look.

In satellite spotting, good information is paramount. What you are looking for are so called Iridium flares, which is when the sun is reflected in a part of the satellite, such as an antennae or similar. The result is a bright flare which, under certain conditions, may be seen from Earth. The best way to gather information about when and where satellites may be spotted, is to visit heavens-above.com. Once you have registered (free), you may select your location and the website will automatically put together a list of iridium flares that should be visible from your location. When reading that information, however, one thing to remember is that when the magnitude of the flare is mentioned, a lower number means a brighter flare - not the other way around.

With that said, I wish you all happy stargazing and satellite spotting.

The Observatory in Slottsskogen