If you are a sports enthusiast, you have come to the right city!

Engaging yourself in sports is an excellent way to have fun, stay in shape, and make new friends. There are lots of opportunities to explore your interest in sport in GÃ¶teborg, no matter what skill level you are at.

In this article, you will learn about where to find groups of people who share similar sporting interests as yourself. Also, you will discover a bit about GÃ¶teborg's strong experience in hosting worldclass sporting events, and how you can experience some of them for yourself.


Student-Friendly Gyms and Jogging in Nature 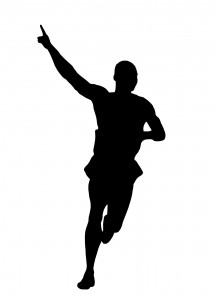 To meet their need for physical exercise, many students in GÃ¶teborg become gym members. While some residences have their own gyms (check with your residence hall), there are also really good gyms that sell memberships at student-friendly prices.

Probably the most popular with students is âFysikenâ (www.fysiken.nu). They have two locations, one at Kaserntorget in the city center (at GrÃ¶nsakstorget) and another at Gibraltar Gatan (near Chalmers). When you get a membership you are restricted to either one or the other location, so choose the one that is most convenient to you. Fysiken offers discounts to all students at universities in GÃ¶teborg, including exchange and international students. To become a member, simply take your ID and letter of admissions with you to the reception desk, and a means of payment (cash or credit card), and you will be setup on the spot. While you can do weight training at Fysiken, there are also lots of interesting classes that your membership gives you full access to (spinning, dance-exercises, pilates, and a lot of the latest trends). You can ask the receptionist to give you the schedule of classes. Furthermore, your membership gives you access to the gym's sauna â an excellent way to detoxify your body and relax after a busy day.

If you like jogging, how about exploring the neighbourhood around your residence with a jog? Wherever you are in GÃ¶teborg, parks and lush trees are not far away. Most neighbourhoods have quiet roads and paths that wind through beautiful residential areas. Jogging through GÃ¶teborg is a fine way to explore it.

For a more luxurious jogging experience check out Slottsskogen (map)! It is a beautiful forest in the centre of the city where animals like deer can be spotted (it used to be a hunting ground), and where you can watch cute seals and penguins in a mini-zoo. It is also great for bike riding, rollerblading, playing volleyball, and football. Slottsskogen is one of the best spots in the city for hanging out with friends on a warm day, relaxing, mingling, and just enjoying life (barbeques are permitted as long as you follow the park's rules â ask goteborg.se for help on this).

In addition to gyms and parks, GÃ¶teborg has excellent facilities for enjoying football, ice skating and hockey, indoor bandy (a game that originated in Sweden), table tennis, volleyball, badminton, tennis, swimming, and more.

As in many other areas where it is becoming influential in organizing people (such as politics), Facebook has become a very useful tool for sports loving students to connect with others who share similar sporting passions. There are several groups that have been started by exchange students. They often have a positive spirit of sportsmanship and provide an opportunity to make new friends. An easy way to get involved in the athletic aspect of student life is to become a member of these Facebook groups.

For those of you who wish to watch sporting events, GÃ¶teborg offers world-class spectatorship opportunities.

The city is no stranger to world-class sporting tournaments and championships.

GÃ¶teborg is home to the world's largest soccer tournament, Gothia Cup, which is played out every year at Heden by youth from all over the world. The city also hosted the World Championship in Athletics in 1995, as well as having been host to the UEFA Euro 1992. And just recently, the 22nd Men's Handball World Championship was played in Sweden (January 13-30) with several matches played in GÃ¶teborg.

GÃ¶teborg has two major stadiums: Ullevi and Gamla Ullevi (which means âoldâ Ullevi, but it is actually newer than âUlleviâ... follow the links for the strange story).

As well, Scandinavium is a major indoor sports arena. It is the third largest indoor arena in Sweden, and hosts sporting events (such as Sweden's ice hockey major league, Elitserien), concerts, shows, exhibitions, and trade shows. The Handball Championship games were played in Scandinavium.

You can find out about the latest Scandinavium events on this web site.

A big event that is coming up this spring is the annual Gothenburg Half Marathon, called GÃ¶teborgs Varvet (which translates as âThe Gothenburg Lapâ). A total of approximately 75,000 runners will participate in the various running events between 20-22 of May. Every year during these three days, the city is taken over by a fun festival vibe, with music, parties, and lots of visitors from different countries.

For other sporting events in GÃ¶teborg, browse through the current listings of ticnet.se.

I hope that this article has guided you in the right direction toward the fulfillment of your sporting passions. Remember: take action and get involved! By participating in the sporting opportunities available in this beautiful city, you can squeeze more juice out of your student years by getting fitter, learning new skills, making new friends, and having lots of fun.