Special: Skiing and Curling in Gothenburg 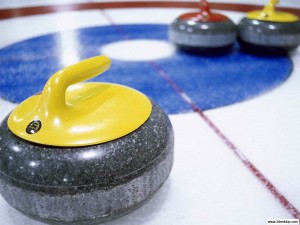 Every year around this time when it gets depressingly colder week by week, many of us search our memories to think of something good about winter. For me, Christmas, hot chocolate, mulled wine, a warm fireplace, holiday food binges, my birthday, and attempted winter fashion come to mind. Maybe if my home weren't surrounded by flat land for hundreds of miles, skiing would be on that list too. There is nothing better than going out on the slopes all day and coming back for dinner, drinks, and a long, deep sleep, only to wake up sore but energized to do it all over again. Skiing (or snowboarding of course) is something good about winter and I was delighted to hear that here, it is within arm's reach of our city! As for the curling, read on... you know you want to try it out too!


Obviously we'll have to wait until there is snow on the slopes to treat our winter skiing itch, but now you can at least start planning your ski trip extravaganzas! The biggest ski resort around here is Isaberg. The small town of Hestra is right there by the resort (map), so you can take the train there and maybe stay the night there as well. Hestra is about 1.5 hours by train and costs around 200sek round trip. Check Isaberg's website for more information, including opening hours, prices, and the weather forecast up there. Apparently they have snow cannons but of course it has to be cold enough for the snow to stick. Other (smaller) places to ski around Gothenburg are Ulricehamns SkiCenter (also 1.5 hours/200sek roundtrip from here) and Aktivitetsbacken (40 min/160sek roundtrip). For more details here is a helpful article by GÃ¶teborg Daily.

Skiing and curling... One is quite popular, the other is not so well-known. One is tons of fun, and the other one, well we don't know, because--come on, who has really tried curling? Curling, originally (and by originally I mean from the 1500's) a Scottish sport, has been played in Sweden for over 100 years. So while you are in Sweden, maybe you want to give curling a try yourself! In case you missed last year's Winter Olympics and Sweden's domination in women's curling, here is a bit of background information:

From what I understand, in curling you push a granite stone that weighs around 20 kilos (ca. 40 pounds) on the ice toward a specific spot on the "sheet." To facilitate the stone's sliding to the right spot, you basically scrub (not an official curling term--rather "sweep," official curling term) the ice with a curling "broom" (official term), melting the surface and letting the stone slide on toward its goal. It requires some real precision and strength. That's all I will reveal about curling now because you must go try it for yourself and afterward you can come back and comment about any mistakes in my explanation.


Prices and times here. It appears a bit pricey but "per bana" means "per lane." Each session is 2 hours, and each lane can have 6 to 10 people. You may have to summon a group of friends. Make sure you dress warm because inside it's 6-8ÂºC (in the low 40's F). Your clothes should be comfortable and loose, and you must bring a pair of *clean* athletic shoes. Obviously you don't need to do curling homework before arriving; they will have instructors help you throughout!

Here is a map. It's on the harbor on Hisingen. Take bus line 16 to Pumpgatan, then walk down Pumpgatan toward the parking lot. The address is Valdemar NorÃ©ns Gata 17.

I hope you get a chance to try out these winter sports. Come back and let us know how it was!