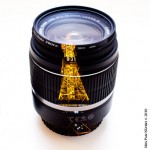 The Swedish Film Industry is relatively small compared to other countries but in recent years there were some Swedish films that attracted international attention. One example are the films based on Stieg Larssonâs Millenium trilogy which were shown in cinemas all over the world and now are filmed by Hollywood teams. But I want to tell you about another successful Swedish movie that has also gotten an American remake. It is called LÃ¥t den rÃ¤tte komma in (Let the right one in).

The story is about a boy in Stockholmâs suburbs in the 80s who has to face many problems. Among others, his parents are divorcing and he gets bullied at school. One day, he meets his neighbour, a strange young girl who turns out to be a vampire. They start to have a close relationship and stand up for each other, despite all problems.


Even if it is another Vampire movie it is not as cheesy and mainstream as Twilight or True Blood. The movieâs strength is certainly the great actors and, according to many movie critics, the beautiful pictures. The original Swedish movie is based on a book by John Ajvide Lindqvist. The movie was first shown at Gothenburgâs Film Festival in 2008 where it also won a price for the best Nordic film. Some months later it was shown at Swedish cinemas and at other film festivals outside Sweden. In 2009 an international version was shot by an American team. For this version some adjustments were done in favour for an international audience. The story is no longer set in Sweden but in a small town in New Mexico, and also all the names were changed.

I normally really hate horror movies and cannot stand watching them but with this one it was different. Of course, it was sometimes brutal and ugly but there are so beautiful pictures and such a heart-warming story that made me stay in my cinema seat.


If you are now interested in the film, you can still see the international version at SF cinemas or borrow the Swedish original at dvd shops.