Pop Culture: Mainstream and Other Cinema in Gothenburg 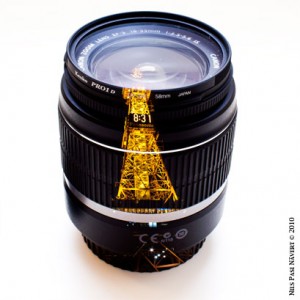 Since Sweden favours subtitles over dubs, a visit to the cinema can be quite entertaining even if you don't speak Swedish. It largely depends on the movie, though. Sometimes the mainstream films are exactly what you're looking for. The story-telling mechanics are familiar, the plot lines are often recognizable even though you may not have seen exactly that plot before, and the shooting technique and direction do not pose a major departure from what you're used to. Of course, there are exceptions, but generally the films all share that typical Hollywood trademark, whether they were actually shot in Hollywood, someplace else in the US, or maybe in the UK. I must confess: I like Hollywood films, but I also like other styles, and in Gothenburg, there is room for both.

SF
Let's start with SF Bio (SF Cinema), the largest cinema company in Sweden today. They show mostly mainstream productions, but has actually started to offer live viewings of operas from La Scala, the world renowned opera house in Milan, Italy. In Gothenburg, SF Bio has two venues: Biopalatset at Kungstorget 2, and the newly built, and very huge indeed!, Bergakungen at SkÃ¥negatan 16B.

Bio Roy
Here you can go for a break from mainstream cinema. There are lots of films here that you would not find at a mainstream cinema, for instance the Japanese drama Norwegian Wood, French drama My Afternoons with Margueritte (my translation), the Greek drama Attenberg and much more. Of course, if you go to a film from a non-english speaking country, keep in mind that the subtitles will likely be in Swedish.

Bio Roy also broadcasts live operas and concerts, as well as live broadcasts of theatre plays. Coming up in June, for example, is Pavel Chekov's play The Cherry Orchard in a live transmission from the National Theatre in the UK.

Bio Roy is located at Kungsportsavenyn 45.

Hagabion
This is cinema that caters specifically to people interested in productions from all over the world except Hollywood. The cinema is located at LinnÃ©gatan 21.

The last remaining tickets for the beach volleyball event organized by InTu and GISA on Saturday will be sold at the Student Association Office at Handels tomorrow (31 March) between 11am and 2pm.