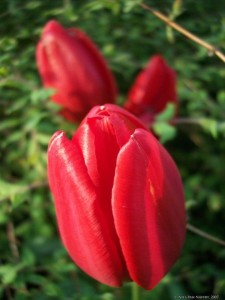 Today, I thought we would have a look at the primary holiday season in Sweden. According to semesterlagen (Eng. The Holiday Law), working Swedes are assured a total of five weeks off every year, with four of those in consecutive order during the summer months (June-August). This makes the summer a true holiday season in Sweden, during which many people opt to travel abroad or move to their summer houses. Naturally, this has an effect on life in Gothenburg. Indeed, a good friend of mine from the US told me some years ago that although he knew about the Swedish summer holidays, he had been unprepared for just how many places closed during July. âI have never,â he said, âseen so many âClosed in Julyâ signs anywhere before now.â

At the time, my friend and I were out looking for some place to buy newly baked bread. The main reason for us getting together on that day was, admittedly, to have lunch or, more accurately, a âfikaâ together, but he had been unable to buy bread at his usual place that morning, so now we were out looking for another bakery:


âSo... about the first one,â I began, but was quickly interrupted.

âClosed in July â here,â he showed me a photo of a Closed in July sign on his digital camera. âIâve started taking photographs of all âClosed in Julyâ signs I run across. No one at home would believe me if I didnât.'

And there it was. I knew that everything felt calmer during the summer, as if life somehow slowed down, but I had never really stopped to think about it before. But now, as my friend and I walked down the sunny streets of central Gothenburg looking for an open bakery, it struck me just how quiet it really was.


'Oh, thereâs one!â I suddenly realized that I was standing right next to a bakery.

âUh-huh, yep, that oneâs closed.â And it was â my eyes finally caught sight of the Closed in July sign hanging in the window. 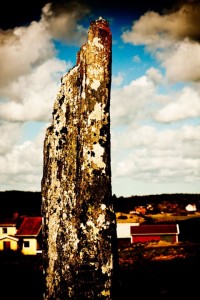 But where does everyone go?

Having a summer house Â is supremely popular in Sweden (more on this in the recent The Native: Summer Houses). Not everybody has one, but if you can afford one and are in the least bit interested, you buy a summer house. Or rent one! Some people rent a summer house, which of course means that they can go to different places each summer. But really, just as long as you can escape the big cities for a few weeks, you will be fine. At least, that is what my experiences in Sweden tell me, and I grew up here. I am a native Swede who has spent all of his twenty-three summers here in Sweden, and most of them at the family summer house.

Travelling is another favourite summer past time of Swedes. Popular destinations include the Mediterranean countries of Greece, Spain, Italy and Turkey, but recently more âexoticâ places such as Thailand have gained greatly in popularity. Indeed, there was a time when I started to think that I would be the only one in Gothenburg who had not been to Thailand, as pretty much all of my friends were heading there, albeit not necessarily during the warm summer months.

In recent years, largely due my pollen allergy, I have stayed in Gothenburg during the summer, going for long bicycle rides, taking lots of photographs and just enjoying summer life in the city. Although many people do leave the city, leaving behind plenty of Closed in July signs, there are lots of people staying as well. And then there are the tourists. So all in all, the cafes probably have a lot more to do during the âslowâ summer months, then they do during the rest of the year.