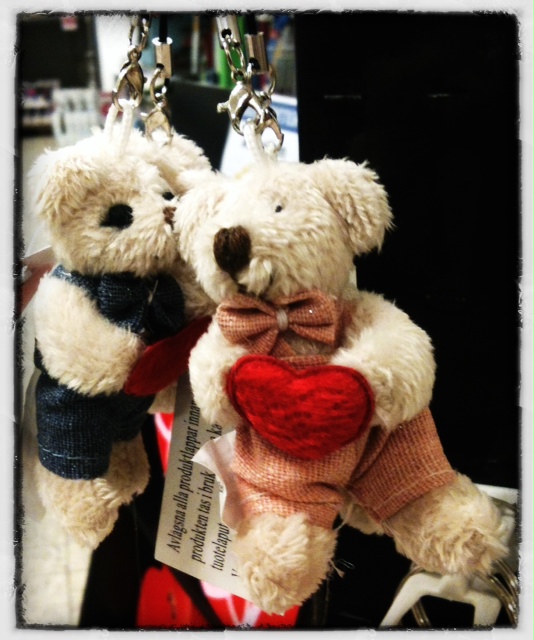 Today is Valentineâs Day, and some of you may wonder what makes this day different from any other day. Iâve been told that in Japan, girls will give chocolate to boys that theyâre interested in. One month later, on March 14th, the boys are expected to return the gesture, once again with chocolate. In Sweden we donât have any such specific traditions. In fact, I would suspect that our Valentineâs Day differs little from Valentineâs Day in the US, as that is from where all the inspiration comes.

Before the 1960âs, few people took notice of Valentineâs Day, which in Sweden is known as âAlla HjÃ¤rtans Dagâ (the day of all hearts). It was commercial motives driven by the success in the US that changed all that, as companies started to produce heart-shaped sweets and other Valentineâs Day merchandise for the Swedish market. Still, it wasnât until the 1990âs that Valentineâs Day was truly popularised in Sweden. Today, âAlla HjÃ¤rtans Dagâ is marked on all Swedish calendars, and although we have no strict traditions to observe, few people are ignorant of the special meaning of February 14th.

Watch the Wonder Host take on the subject of Valentineâs Day here:


What Swedes give away on Valentineâs Day
Of course, this is a day dedicated to love, so if something special is to be done, it should be romantic or a show of friendly affection. In stores you will find everything from heart-shaped sweets, to heart-shaped I-know-not-what. Basically, as long as itâs shaped like a heart, itâs good for Valentineâs Day. Many people buy something thus shaped, to give to a friend, a boy/girl friend, or someone theyâre interested in. Apparently, stuffed bears carrying hearts are quite popular, although it remains unclear first and foremost why a bear would carry a heart, and secondly why it would be considered romantic â I rather wonder how he got hold of that heart, and given the claws...

Roses are also popular, although slightly complicated as so much can be said by the choice of colour. I wonât pretend to fully understand the subtle language of rose-colours, but apparently itâs quite versatile. Simply put, though:

Note of caution: As romantic as ten roses may sound, it apparently suggests a marriage proposal.

What Swedes do on Valentines Day

Key-point:Â 'Be romantic, be creative!'

Most people work, as itâs not a national holiday, but if we for the sake of this article limit ourselves to things related to Valentines Day, dating and spending time with friends is quite common. It could be anything from a romantic dinner, to a âfikaâ with oneâs friends. Speaking of âfikaâ, though, I should take this opportunity to touch upon this typical Swedish behaviour in relation to dating.

'Fika' â a date or not?
First of all, Swedes are generally horrible at dating. In fact, it has been suggested that Sweden doesnât have a dating culture as such, a point which Iâm disposed to agree with. With that in mind, are you really being asked out on a date when someone asks you out for a âfikaâ, or is it simply a meeting between friends. Obviously, this is not an exact science, and nothing highlights that as successfully as some statistics that I stumbled upon a while ago. Basically, the Swedes who had participated in the survey, indicated that they often couldnât tell if they were being asked on a date or not, and many of them didnât know afterwards either.

The point, though, is that itâs perfectly normal for friends to go for a âfikaâ in Sweden. Besides, even if the person who suggests it actually had meant for it to be a date, the survey results suggest that youâd never know about it anyway, so itâs hardly something to be concerned about. If you really want to know, ask â itâs the only way.

What not to do
If you want to show that youâre interested in someone, donât go stand under her/his window and sing a serenade. I believe this tradition originated in Italy, and thereâs good reason for it: Itâs not fiendishly cold in Italy!