Amongst traditional Swedish food, there is one dish that many Swedes will hesitate to mention. Indeed, many Swedes will even hesitate to taste this dish, and would certainly object to eating more than the smallest of pieces. Yet, in northern Sweden it is not only a traditional dish, but a speciality. Thus, it is the perfect topic for the seasonâs last Saturday Special. 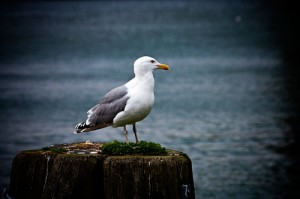 It is really not the taste that puts most people off, as much as it is the smell. Indeed, if you disregard the smell, it can be quite tasty, albeit salty. I vividly remember the first time I had fermented Baltic herring (surstrÃ¶mming). A friend of my motherâs was coming over for dinner, and because he lived somewhere way up north in Sweden, he was bringing some traditional Swedish food from the northern parts of the country. My brother and I were very excited, not so much for the fermented Baltic herring as for the dried deer meat that he was also be bringing. I had already at that age, I guess, heard enough horror stories about the âsmelly fish thingyâ that I knew that it was nothing to get excited about.

Primary school, probably seventh or eighth grade - that is how old I was at the time. Maybe that will explain this wild idea I had of taking my fatherâs old electric table fan and bringing it into my room, where I positioned it face to the door. The idea was that I would close the door to my room, and any waft of horrid odour trying to seep in through the keyhole would be pushed back by the fan. All of this took a lot of preparation, not least because the fan just would not keep still, but I think it illustrates quite well just how much fermented Baltic herring smells, or at least a young Swedeâs view on it.

In the summer, temperatures can be quite comfortable even when it rains. I think it did rain that late afternoon, or maybe it was just a heavily overcast day. Because we were sitting on the balcony under a concrete ceiling, it did not exactly matter, except that the relatively still air did little to blow away the overpowering odour of the fermented Baltic herring, once the tin was opened. So, yeah, I would like to think that it did rain. One of those soft, quiet summer rains when there is no wind and the water just seems to fall very gently to the ground. But then the tin was opened.

In all honesty, I do not remember my brotherâs reaction. Afterwards, even years afterwards, my mum has told me that it was all she could do not to leave the balcony right then and there. As for myself, my first thought was: âGoodness gracious me, this isnât going to work!â I was, of course, thinking of the lone, ancient fan in my room...Â But, the thing is, once you get over the smell, which is in truth awful, the taste is not all that bad. In fact, I remember it as being quite tasty. Whatever you do, however, do NOT open the tin indoors! Seriously, that horrid odour will stick like glue to the walls and you will have to air the flat very thoroughly indeed afterwards if you do.

The best thing with fermented Baltic herring - not including the fact that eating it is quite the challenge and adventure - is that you can enjoy this typically northern Swedish experience where ever you are, provided that you can get hold of a tin or two. Gothenburg, Sweden, Europe, Earth - it does not matter, for this particular Swedish food will be there to haunt... beg your pardon, it will be there for you to experience no matter where in the world you are, if you can get hold of it. You can even invite friends and family to share the experience and prospective ordeal.

Finally, then, did it work? I think you will be surprised to know that it did work. We did have to open all windows in the flat, but there was one notable exception: my room. Thinking myself quite ingenious, I was at the time not the least bit surprised that my room turned out to be the only odour free room in the flat, but our guest from way up north... well, let us just say that he could hardly have raised his eyebrows further. So in the end, I alone ended up sound asleep in a completely odourless room without nightmares of being hunted by strange looking, horribly smelly fish.