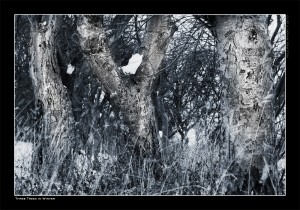 Around Christmas, people tend to say things that they do not normally say throughout the rest of the year. Things like 'Merry Christmas,' 'Christmas tree,' and 'Happy New Year!' â you simply have no need of those phrases throughout most of the year. Today, we are going to have a look at those important Christmas season words and phrases in Swedish.


'Happy Easter' â 'Glad PÃ¥sk' (Has nothing to do with Christmas, but notice the literal translation 'Happy Easter'. Here the Swedes use the Swedish word for.

(I shall reverse the order here, i.e. start with the swedish and then give an english translation. The reason is that some of these words you will not typically find in english, as they refer to typically Swedish things and traditions.)

Julmust â a type of soda, similar to Coca-Cola, sold in Sweden around Christmas.


Otta â very old and seldom used word for early morning. Typically used in the compound word 'julotta' and the phrase 'stiga upp i ottan' ('get up [really!] earlyÂ in the morning').


Lucia â the 13th of December is known as Lucia in Sweden, in honor and memory of Italian Saint Lucia who, according to Swedish tradition, brings light to the dark earth on the 13th of December each year. Lucia is celebrated throughout Sweden by watching a Lucia procession singing traditional Lucia songs, and by eating a special kind of sweet buns (lussekatt).


Lussekatt/saffransbulle â A special kind of sweet bun with raisins, served on Lucia (13th of December). With saffron a key ingredient, the bun tends to be clearly yellow in colour.

'Live long and prosper' is a phrase used by a people known as the Vulcans in the television series Star Trek, created by Gene Roddenberry back in 1966. In Swedish it could be 'Lev lÃ¤nge och framgÃ¥ngsrikt.' Because this phrase has nothing whatsoever to do with Christmas, I won't mention it here or bother to give a Swedish translation.

So there, God Jul, everyone, and Live Long and Prosper! : )

NB: You can listen to me work my way through the phrases and vocabulary presented in this article by downloading the mp3 file here. It's long, around 15 minutes, but it does have the pronunciation of all the words and phrases, both in normal speed and pronounced slowly for easier learning. I will try to make it shorter and more concise next time : ) Â  Â /Nils