The first Mother's Day was celebrated in Sweden in 1919. But the day was considered to be of 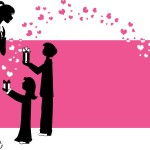 commercial nature which made the population a bit wary and avoided to celebrate it properly. It has taken a hold in Sweden in later years and it is always celebrated during the last weekend of May, because of the ability to go out and pick flowers for the mothers.

Do you have any special traditions and tips on what to do for the Mothers on Sunday?