Introducing Swedish: Where is the Castle?


A SIGHTSEEING THEME SPECIAL
For many of our students, maybe it's your the first time coming to Sweden and Gothenburg. As a new student in a new country it's important to do some casual city explorations and sightseeing trip before you dig in too much into your studies here. At Misi I hope you have found a fun sightseeing and travel tips so far. (There's much more to come, throughout the year ;) ) Â But so far we haven't taught you any Swedish phrases yet. At Misi we would like to teach some basic techniques that make your Swedish sound more Swedish. Therefore this article will cover some basic wordsÂ and introduce some useful phrases that you can use to impress your peer in your Swedish skills while you are out on a trip ;) 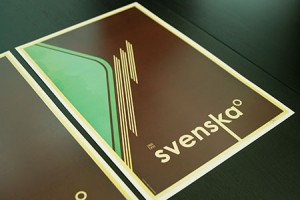 Alright! Let's first start with some new glossaries within sightseeing, that's always good start to build up for a direction descriptions. Start with learning these words. (Click on the word to hear pronunciations on google.translate)

Castle= (ett)Â Slott , Boat= (en)Â BÃ¥t, Resturant = (en)Â Resturang, Nightclub= (en)Â Krog, Where=Var, Locates, resides=Â Ligger, Very easy right? Make sure that to pronounce the letters Ã, Ã , Ã clearly and a bit longer, these vowels are very important in Swedish and it makes your Swedish sound more domestic. The word "Ligger" and "Var" can have different meanings but in this context itÂ Var equals "where" andÂ Ligger equals more "is". "Ligger"Â is used as the preposition "is" only whenÂ talking about places or locations! If you are asking for persons, ex where is Nils? Then you mustÂ sayÂ Var Ã¤rNils? The verb (copula)Â Ã¤r must be used when asking for people or animals.

This short phrase consists of the adverbÂ Var, the verb Ligger, the noun phrase (subject) Hasselblads Centret, this sentence resembles the same structure in English. But an important point here is that when asking for places as subject you must use the definite form of the subject. Like in English "The Hasselblad center" In Swedish to construct the definite form you must add a "et" to all subjects that are defined with "ett" and add "en" if the subjects are defined with an "en".

Eng: Where is the nightclub?------Swe: Var ligger krogen?

Later on you can start constructing your own "Where is" phrases by just adding the definite form of the subject you want to ask about,

Alright that all for now, try impressing your peers with these new Swedish Skills ;)