Discovering Sweden: On the Topic of 'Lagom', Independence and Marriage in Sweden 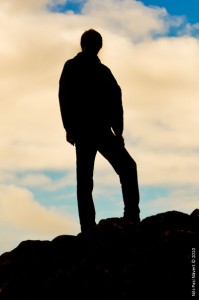 Having studied British and US society from a comparative perspective with Sweden as the base for comparison, there are a couple of possible angels to this topic that I could pursue. The lack of an established and functioning dating culture in Swedish society, for example, is something that we not only read about in school, but something I have also been asked about several times. Then, historically, we have the Vikings from which stems the word 'lagom', which may not be unique to Sweden, but is certainly not common around the world. Or how about Lucia, which we celebrate every year on December 13? Again, maybe not unique to Sweden, but I do not think it is that common a celebration around the globe.

Ultimately, though, Lucia is better left for the Christmas theme later this year, the word 'lagom' can be explained briefly in a footnote at the end of this article, and I do not really have that much more to add about the Swedish dating culture, than the simple fact that it seems non-existent. I am, however, reminded of something else.

At the moment of writing this, I am lying in bed running a temperature, with my head feeling like a balloon ready to explode at any moment. As perhaps most Swedes my age, I no longer live with my family (although I have not moved far, only about five minutes by walk). I have heard that in many countries, it is customary to stay with you family either until you have finished school, found a job and are able to support yourself, or until marriage. In Sweden, however, we value loneliness---- err! Sorry. I meant to say that we value independence.

It is not only common to have moved out by the age of, say, twenty-three, but in many cases expected. There are exceptions, of course, but I am not one of them. Thus, come tomorrow, I shall have to dress up and head out to the nearest stores (store, if I am lucky) to pick up some groceries despite the risk of my head exploding. That is another typical thing, maybe not typical of Sweden, but surely typical of living alone: the refrigerator is always empty!

Now, I mentioned earlier that in many countries you do not move out until you have married or established a family. In Sweden, of course, it is not uncommon to skip marriage altogether. Instead of marrying, you can be 'sambos' which means two people living together. I am fairly sure a 'sambo' relationship has to be registered with the state, though, as it carries legal weight in the event of a couple breaking up and the ensuing dispute on who shall get what of all the things bought together. But the point, nonetheless, is that it is not necessary in Sweden to ever marry. Indeed, it is not considered improper for unmarried couples to have children in Sweden.

Having covered an extraordinary range of topics in today's article, which I am sure is not at clearly or logically structured as it appears in my current mentally weakened state, I bid you all farewell for the time being. I shall be back with The Native on Thursday, but until then I shall do my best to recover and keep my head from exploding.

Footnote:
The word 'lagom' is not unique to Sweden, but it is a word you will not find in many languages. I have been told it dates back to when the Vikings lived in Sweden (approximately 300-800 AD, I think). The word is derived from 'laget om', which I guess would be directly translated as 'the group around'. That does not make any sense, however, so allow me to put it into context:


A group of Vikings have gathered in a communal hut somewhere in the southeast of Sweden. There are six Vikings in the group, all cold and thirsty after a long and hard day preparing for a coming raid the next day. Mead is poured into a heavy tankard which is then handed to each and everyone in turn to drink from. It is important that the mead should last 'laget om', which is to say that the tankard should not be emptied until it has reached the last person in the group. For this to work, it is vital that everyone should drink a 'lagom' amount of mead, which is to say not too much and not too little. Thus we have the word 'lagom' in Sweden.