Trains and Tickets â when they are cheap 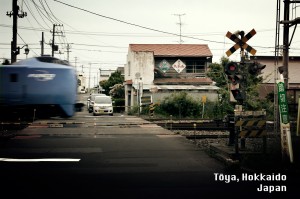 International students, I find, usually gets around a lot more than Swedes. By the end of each semester, the new friends I've made among the international students at GU have been to Stockholm, MalmÃ¶, Copenhagen, Kiruna, Oslo, and many other places in and around Sweden. That is much more than I have, despite the fact that I was born and grew up in Gothenburg. Usually, the internationals students I've spoken to have travelled by bus or airplane, and sometimes by train. The train fare is often considered too expensive, but does it have to be?

The trick to traveling cheap by train is to book passage as soon as the tickets are released. That is when the prices are the lowest, and from then on they will just keep on rising. The price, I believe, is always related to the number of sold tickets. So the more tickets are sold, the more expensive the remaining tickets will be for that particular departure. That is why prices sometimes vary a great deal from one departure time to another.

SJ (Statens JÃ¤rnvÃ¤gar) release the train tickets 90 days in advance. Sometimes it may be difficult to plan that long in advance, but if possible, the price difference may be well worth it. Just now I found a ticket to Stockholm 90 days from now for 95 SEK, whereas 373 SEK was the cheapest I could find four days from now.

For students (holders of the Mecenat or CSN student discount card), it is sometimes also possible to find good prices on last-minute tickets. These tickets are put on the market 24 hours before departure, So, in order to travel cheaply by train in Sweden, you must either be very good at making plans way in advance, or exceptionally bad at it, taking each day as it comes.

Lastly, a few words about the student discount card from Mecenat and CSN. All international students at Gothenburg University are entitled to a Mecenat student discount card. The card is mailed to you. If you have arranged with accommodations on your own, you have to notify ESS (Exchange Student Services), otherwise they don't know where to send the card.