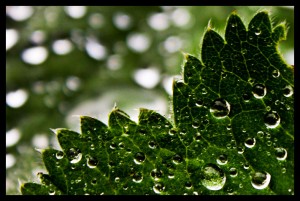 Last semester, I received an email from Amazon.co.uk with some very welcome news: They would begin offering free shipping to Sweden. This does not include items sold by other companies through Amazon, but it is still a very good thing. Because the UK is part of the European Union, there are no added customs fees, and Amazon is such a large company that they always show the right VAT (Valued Added Tax) for each other before you place your order. That way, you know exactly how much it will cost in the end, which is not something you usually find when you order things online from outside of Sweden. Especially 'hazardous' is ordering items from outside of the European Union, in which case hidden costs in terms of undetermined VAT charges, customs fees and other extra charges that come, seemingly, from out of the blue. This article is for those of you who are looking for stuff that you either cannot find in Gothenburg, or that you want to get at the, often, cheaper online prices.

With the free shipping to Sweden, Amazon.co.uk has suddenly become a viable option to compete with Swedish online stores. In those special cases when the items you are looking for simply are not available from Swedish online stores and Amazon.co.uk, a visit to their German branch may also be considered, or other online stores shipping from within the European Union. This latter part is the key. I can often find lower prices on a lot of things on Ebay or Amazon.com, but buying from places that ship from outside the European Union can be very expensive. Customs, shipping, extra expedition fees and, of course, the VAT (Value Added Tax) that, apparently, is paid last as a percentage of the entire cost - i.e. item price, shipping, customs and expedition fees. The little item with the very nice and low price, suddenly ends up with the price of a ferrari! So, as a rule, try to order from stores that ship from within the European Union, and do remember that with Amazon.co.uk, there is no shipping cost at all for most items.

Moving on to the Swedish online stores. For books, as have been previously mentioned (See: 'Why Not But Secondhand') both Adlibris.se and Bokus.se offer a wide selection of titles at competitive prices. Cdon.se sells a great many different things, from music (CD and mp3) and DVDs to mp3 players and, yes, books. In fact, I usually check Cdon.se for course literature before putting in my order with Adlibris.se or Bokus.se, as they sometimes have one or more of the titles on the list at very competitive prices. Ultimately, when it comes to films and also mp3 players and the like, not to mention computer software, webhallen.se may be a good place to visit as well. This is one of few stores that I have been able to find, for instance, that has a good selection on Asian films, including the fabulous Japanese Odoru Daisousasen movies (1 & 2).

Many of you are probably familiar with pricerunner.com, a site where you search for an item and easily find from which online store you can buy it most cheaply. In Sweden, the best such website is prisjakt.nu, which is fast and can really help you avoid breaking the bank sometimes when you are in a tight spot.


Brief outline of where to buy what:

This is a series of ten podcasts designed to introduce you to the Swedish language. We apologize for the poor audio quality of the first three episodes.
Episode 1 - Word order and verbs.
Episode 2 - Nouns.
Episode 3 - Adjectives.
Episode 4 - "What is that?"
Episode 5 - "Weekdays and Time"
Episode 6 - "Weekdays and Time"
Episode 7 - Verbs for 'to shop'
Episode 8 - "Money and withdrawing money from a store"
Episode 9 - Tag-Questions and Asking for Opinions
Episode 10 - Swedish Months and Saying Farewell